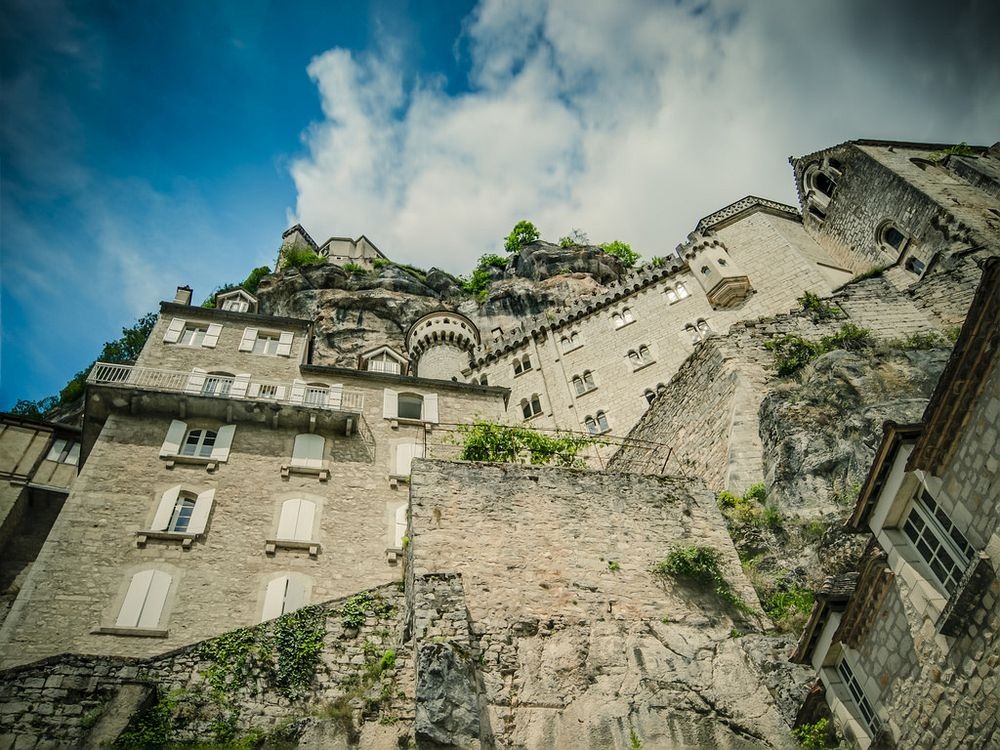 Since medieval times, the village of Rocamadour in the Occitanie region of southwestern France has attracted pilgrims from across Europe for its historical monuments and its sanctuary of the Blessed Virgin Mary.

via Rocamadour: The Vertical Village — ALK3R

Just outside the city of Narbonne, on the Mediterranean, is the beautiful beach village of Gruissan.  Besides being my favorite swimming beach in the area, it also plays host to numerous events such as this Medieval re-enactment .

For the fifth year there is on offer a weekend commemoration of  the Days of Heritage. Participants in the ceremony and most of the vendors that I observed were dressed in period costume. All kitted out with bows, arrows, crossbows, swords, shields and more were the twelve troops of riders, knights and of course their ladies fair and other members of their communities. The Trencavel family faced off the armies of the Knights of Templar. The Cathar or Albigensian Crusades lasted from the 11th to the 13 century. The Cathars having their own beliefs and not conforming to the dogma of Rome were tortured, slaughtered and believed to be annihilated.

The Days of Heritage is a vibrant pageant of troubadours, dancers, jugglers, fire-eaters, twelve troops of riders, knights in full regalia. Across the estuary, spectators crowded in to watch the story unfold. It was clear as the re-enactment of   XIII century events that the loyalties of the spectators were with the Cathars and not with the Inquisitors. There were no cheers for the victors and the silence of spectators during the battle was erie.

Visitors quietly dispersed and moved into the center of the town where there was exhibition of Medieval life and vendors selling items related to the re-enactment and more. There was a woman making chain maille (a type of metal fabric used in several historical periods) and soldiers gave tips on sword-fighting.