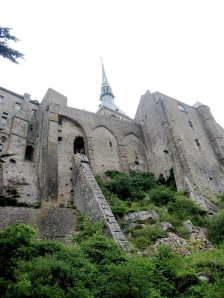 Crowning a dramatic island off the shore of Normandy, in the Gulf of Saint-Malo, is perched the abbey of Mont-Saint-Michel. It sits in a bay, which is assaulted by some of Europe’s uppermost tides. The island is connected to the mainland by a causeway that is known to disappear when the tide returns. The Benedictine abbey is the pinnacle and beneath it are small houses and shops on its lowest levels. The monastic buildings are considered exceptional examples of Gothic architecture. The Romanesque abbey church was founded in the 11th century over a series of crypts the first of the monastery buildings were built against the north wall. The monastery buildings were extended to the south and west in the 12th century. The abbey church crowns the entire islet about 240 feet above sea level. 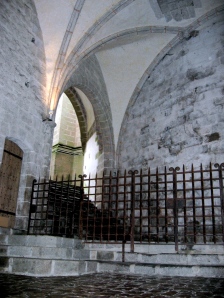 In the 13th century, the king of France, Philip Augustus, in the wake of his occupation of Normandy, enabled a start to be made on the Gothic section of the two three-storey buildings, crowned by the cloister and the Refectory.

In the 14th century, the Hundred Years War made it essential to safeguard the abbey wrapping around it a series of military buildings, enabling it to hold out against a siege, which lasted 30 years. The Flamboyant Gothic chancel replaced   In the 15th century, the Romanesque chancel of the abbey church, broken down in 1421.   With Rome and Saint Jacques de Compostela, this great sacred and academic center, was one of the most important places of pilgrimage for the West in the middle ages. For nearly one thousand years “pilgrims” went there by roads known as “paths to paradise” guided by the promise for the assurance of eternity, given by the Archangel of judgment who was the “Weigher of souls.” 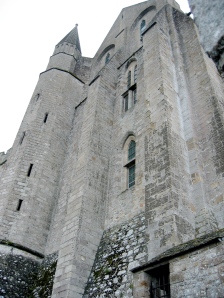 During the French Revolution and Empire, the abbey was turned into a prison so that restoration was required in the late 19th century. In acknowledgment of the monastery’s 1000th anniversary, a sacred community once again took possession of the abbey.

In 1979, UNESCO classified Mont-Saint-Michel a world heritage site. Over three million visitors a year are welcomed to this magnificent example of architecture and history. 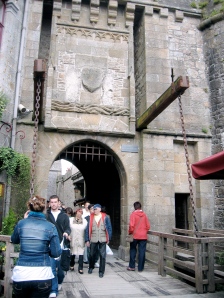 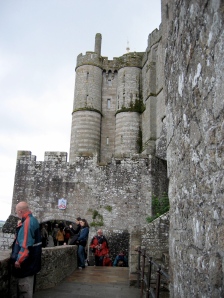